I spent a pleasant but stormy afternoon at the Horsfall Stadium for Bradford Park Avenue v Gloucester City.

Avenue were running a small-scale but decent beer festival in the Club House, with around 20 different beers and 7 ciders.

After buying a fiver’s worth of beer tokens, enough to buy two pints, and downing one pint of gunpowder plot-themed Treason ale before the teams came out, I then headed for the stands. 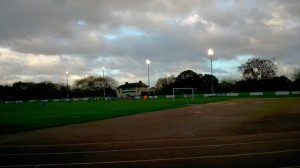 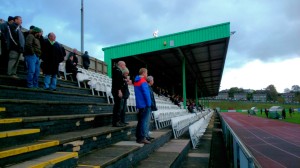 I found a seat, which wasn’t difficult as the crowd was sparse, took more pictures and watched the game. 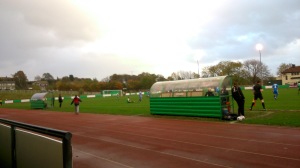 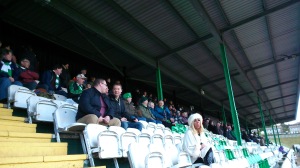 At half time I got my second pint, then moved to the other side of the ground to watch the second half from the far touch line with the die-hards in the rain. 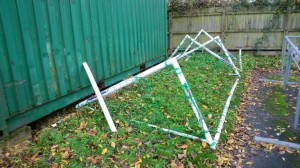 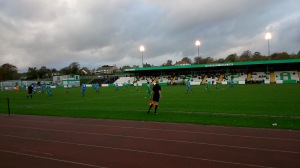 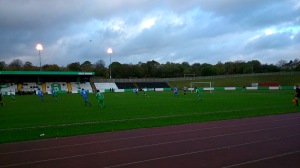 Avenue won 3-1, but the closing stages of the second half saw thunder and lightening followed by a hail storm.

The ground emptied at the final whistle as the few hundred hardy fans headed home or to the warmth and dryness of the Club House, but I hung around to take photos under the floodlights. 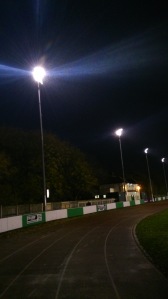 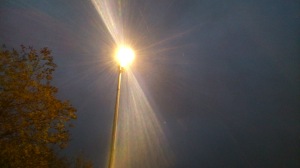 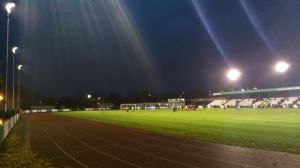 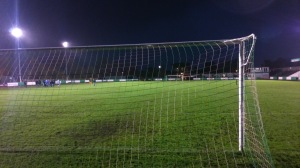 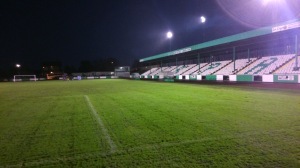 The rain then turned to hail which sent me scurrying into the main stand: 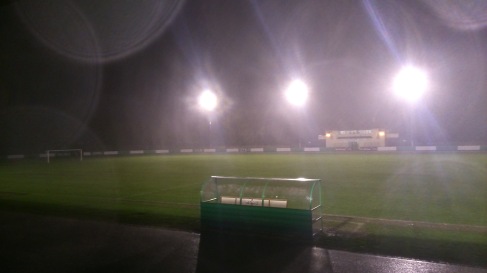 The intense hail storm stopped after five minutes or so, so I was able to come out from the cover of the stand and get some shots of the hail stones: 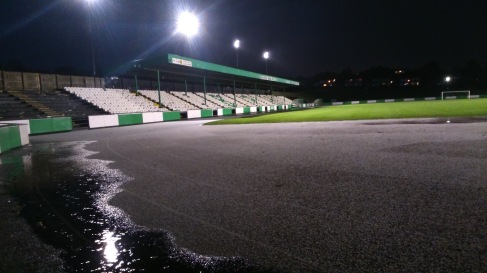 Taking advantage of a window in the weather, I made my way out of the ground and headed for home.